The in-home integration and use of a device known as a “smart speaker” or “voice-controlled digital personal assistant” is rapidly growing.  But new information about how companies like Amazon monitor, listen, record, and save your personal conversations, even when you are not specifically using the device, is raising invasion of privacy concerns. In New Hampshire, a judge has ordered Amazon to hand over two days worth of recordings captured by an Amazon Echo. The recordings are to be used as evidence in a double murder case. More on that in a moment.

What are smart speakers?

A smart speaker is a wireless speaker that responds to voice commands. The software of the internet-connected device functions as an integrated virtual assistance that can be activated or woken up through the use of a “hot word.” Amazon produces a device called the Amazon Echo, or “Echo”, that has a virtual assistant named Alexa. Alexa is activated by simply saying her name. For instance, a user might say “Alexa, play classic rock music” and the smart speaker will respond by playing selections of classic rock like Led Zeppelin and Styx. Since the Echo is integrated with Amazon, a user could also say “Alexa, order more espresso,” and the Echo will organize an order for a predefined brand of coffee from Amazon. 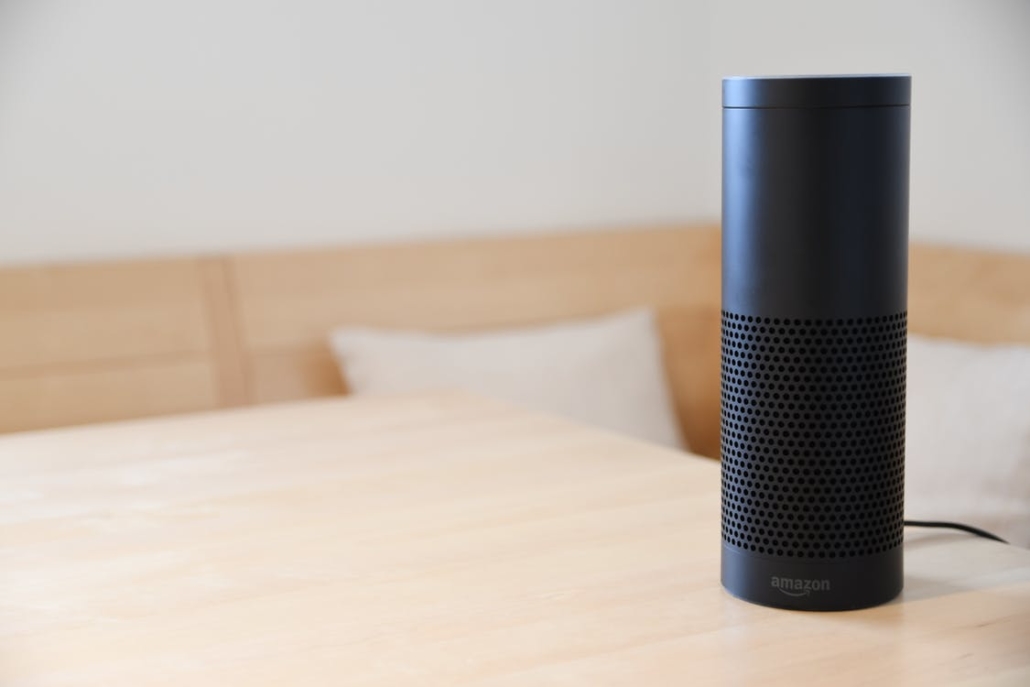 Amazon is not the only company with a smart speaker. There are, in fact, over a dozen. Another popular smart speaker is the Google Home. The virtual assistant in the software of the Google Home is known as the “Google Assistant” and is activated by the hot word “Hey Google.” Many of the same functions found in the Echo also exist in Google Home, though integrated Amazon ordering is missing.

Smart speakers can be used as Bluetooth devices for streaming audio from other devices. Further, a smart speaker can also integrate with home automation, making it possible to say “Alexa, turn down the lights” resulting in the recessed lighting throughout the house dimming a bit.

What we are learning is that there is a misconception that if you do not wake up the device with the hot word, the device is dormant and in a near power-off state. We’ve discovered through court cases and Amazon’s own biannual transparency report that these devices are likely recording everything their microphones pick up, 24 hours a day. Moreover that data, once recorded, is saved on a server that Amazon controls. Is this invasion of privacy? Maybe, maybe not. Let’s first look at the New Hampshire double murder case.

The New Hampshire judge that has ordered Amazon to turn over two days of Echo recordings is doing so because prosecutors in a double murder case believe that the recordings contain details of a January 2017 murder of two women. Those details might lead to further clues in identifying the killer.

In the order granting the search warrant, it is stated that there is probable cause to believe the Amazon Echo was able to make “audio recordings capturing the attack” as well as “any events that preceded or succeeded the attack.”

The judge has also ordered Amazon to hand over “information identifying any cellular devices that were linked to the smart speaker during that time period.” This could provide further evidence into who might be responsible for the murders. It’s possible that a Bluetooth  connection was made from the Echo to a suspect’s phone. Even if that connection was not fully realized, there could be fragments of evidence stored in the data from the Echo. 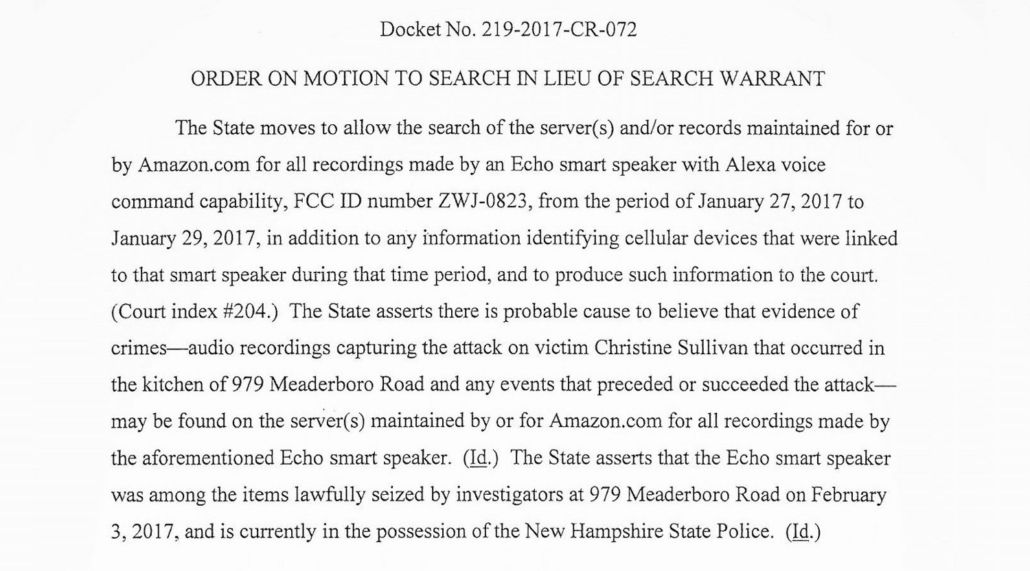 This is not the first time Amazon has been ordered to turn over archived recordings. In Amazon’s transparency report, the number of orders and warrants that Amazon receives is published. While the list of orders doesn’t specifically break out orders for Echo data, it would be possible to correlate requests to Amazon to published court orders.

But what does this mean for your personal and private conversations?

With very little exception, any time you purchase, install, and use a smart speaker, like the Amazon Echo, you must accept the company’s “Terms of Use.” Amazon specifically states that “If you do not accept the terms of this Agreement, then you may not use Alexa.”

Since you must accept the terms of use, you are granting Amazon permission to collect your personal data, including recording your conversations. While this might feel like an invasion of privacy, because you are accepting and acknowledging that it happens, it’s probably not.

The easiest way to prevent smart speakers like the Echo or Google Home from collecting your data is to not use the devices in the first place. Clearly an oversimplified suggestion.

An alternate approach might be to consider reviewing the device’s privacy configuration and settings that are available to you. These settings can go a long way in preventing unwanted eavesdropping and personal data collection.

For example, Echo users can turn off the most vulnerable component of the device, the microphone. This, of course, will disable any virtual assistant functionality.  More effective would be securing the “Drop-In” settings. The “Drop-In” feature allows other Echo devices to connect and start a conversation, making the system a virtual intercom. Since this is clearly a privacy issue, locking down those settings can prevent unwanted parties from listening in on your conversations.

Invasion of privacy is a serious issue and in our increasingly connected world, it’s becoming more commonplace for our confidential data to be collected, stored, saved, and used. Awareness is your best ally in combating compromises in privacy. Read through the Terms of Use for any device you use and research the best ways to secure those devices to prevent unwanted data access.

Related: Is Digital Tracking Invasion of Privacy and the Carpenter Case [Read]

The Airbnb Miami Beach Battleground is Heating Up
Scroll to top