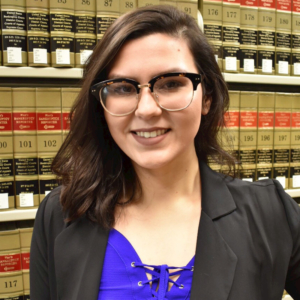 Taught from a young age that hard work will lead to success, attorney Erika De Jesus grew up with parents who motivated her to be better everyday, which is something she carries with her throughout her career. Erika is an enthusiastic, charismatic, and dedicated attorney, whose goal is to effectively assist her clients with resolving their family law and real estate issues. De Jesus graduated from the University of Central Florida with her bachelor’s degree in legal studies and went on to receive her juris doctor degree from Barry University School of Law. While studying for the bar exam, Erika acted as a Civil Litigation and Family Law Clerk, which reignited her passion for family law.

Englert is the managing partner and founder of OLG. For over 15 years, she has focused on business disputes, business law, general civil litigation, special needs & education law, family law, personal injury, and real estate. She has represented entities and individuals in both federal and state trial and appellate courts.

Under her direction, The Orlando Law Group has been named one of the fastest-growing law firms in Central Florida and throughout America [ranked No. 105 among the top 500 fastest-growing law firms in the United States, per the 2017 Law Firm 500]. Since 2009, she has built the firm to where it has earned a reputation as the Orlando-area’s law firm that cares about its clients and the communities it serves.

She earned her JD from the University of Florida, and her bachelor’s in political science from Stetson University. She began her legal career as an attorney with Wicker Smith et. al. and then Marshall Dennehey. She resides with her family in Waterford Lakes.