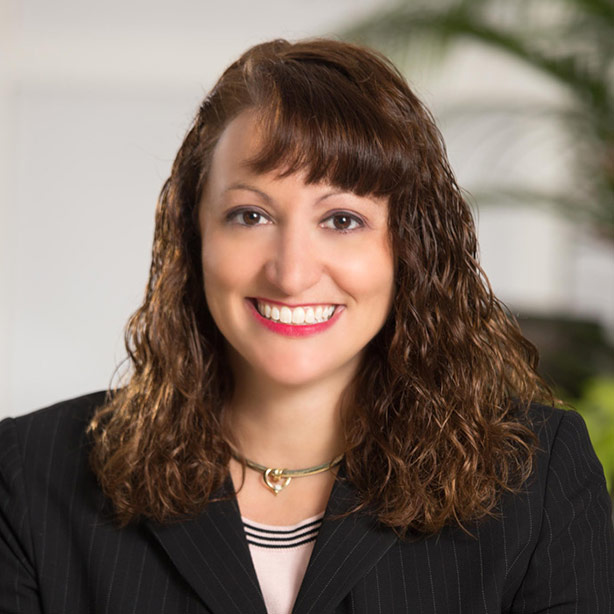 Englert is the managing partner and founder of OLG. For over 22 years, she has focused on business disputes, business law, general civil litigation, special needs & education law, family law, personal injury, and real estate. She has represented entities and individuals in both federal and state trial and appellate courts.

Under her direction, The Orlando Law Group has been named one of the fastest-growing law firms in Central Florida and throughout America [ranked No. 105 among the top 500 fastest-growing law firms in the United States, per the 2017 Law Firm 500]. Since 2009 when she started in her living room, she has built the firm to four offices and 25 employees and has added a Mediation firm, Title business and Commercial real estate brokerage to her family of companies.

She earned her JD from the University of Florida, and her bachelor’s in political science from Stetson University. She began her legal career in a large firm representing companies like Exxon, Disney, Darden, Sea World and Orlando Health. She resides with her family in Waterford Lakes.