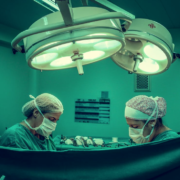 In a complaint to the Florida Health Department against a West Palm Beach surgeon, it is cited that during surgery, the surgeon mistook a woman’s healthy kidney for a tumor and errantly removed the organ. The complaint cites that the patient was undergoing a routine back surgery when the surgeon “noted a pelvic mass and provided a presumptive diagnosis of a gynecologic malignancy, lymphoma, and/or other metastatic disease.” The surgeon decided to continue the procedure and, additionally, remove the presumed tumor. About a week later, a pathologist confirmed the pelvic mass that the surgeon removed was, in fact, a healthy kidney.

The patient sued the surgeon for medical malpractice, and the case was recently settled.

What is medical malpractice?

Medical malpractice is an instance of improper medical care when a doctor, surgeon, health care professional, or hospital causes an injury to a patient through a negligent act. This could include diagnosis errors, negligence in treatment, aftercare or during health management.

Jennifer Englert, the founder of the Orlando Law Group, works with medical malpractice lawyers who assist their clients when medical malpractice has occurred. Attorney Englert says that “In many cases, medical malpractice involves a complex set of characteristics including a violation of the standard of care, some level of negligence that causes an injury, and that significant damages resulted from the injury.” She goes on to suggest that the case against the Florida surgeon who removed the healthy kidney, “is complex for many reasons including the condition that the surgeon who removed the healthy kidney was not the originally assigned to the surgery.”

Attorney Brian Dunmire notes that “there are Florida statutes that subject a licensed medical professional to discipline for performing or attempting to perform the wrong procedure or a procedure that is medically unrelated to the patient’s diagnosis.”

When should a patient seek consultation from medical malpractice lawyers?

Just to name a few.

Medical malpractice can sometimes be very clear and other times will require due diligence and investigation. Seeking advice from professionals like a lawyer who specializes in medical malpractice is an advisable first step.