Orlando, FL (September 6, 2019) – The Orlando Law Group is proud to announce the addition of attorney M. Florence King to the firm. King brings a plethora of leadership, along with 15 years of experience working predominantly within the community association industry.

King was drawn to The Orlando Law Group’s dedication and commitment to the people and communities they serve. She believes these principles and values should serve as the backbone of doing community association law with a renewed dedication to the homeowners within those associations.

“Community association legal representation oftentimes brings an adversarial atmosphere to communities,” said King. “I think it can be done better. I think the real win is in fostering a mutual bond amongst the homeowners within the community where everyone properly understands the benefits of abiding by the rules and regulations, and how abiding by those rules and regulations helps create a powerful, common vision for the community where property values increase, community harmony is enhanced, and homeowners can obtain a genuine sense of pride for the place they call home.”

While King’s experience will enhance the firm’s community association representation, she is looking forward to diversifying her legal practice. “I’m passionate about serving people,” said King. “I’m thrilled to be given an opportunity to work with a firm that is founded on that same value, and I’m looking forward to utilizing my education and experience to enhance the lives of others through the practice of law.”

For the past ten years, The Orlando Law Group has earned a reputation as the Orlando-area law firm that cares about its clients and the communities it serves. Offices located in Waterford Lakes, Altamonte, Lake Nona, and Winter Garden. For more information, visit www.TheOrlandoLawGroup.com. 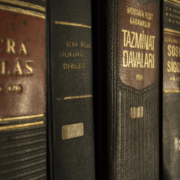 Each year, on May 1, we celebrate Law Day. This is a national day that was established to celebrate the rule of law. On Law Day, we seek to better understand how our liberty is protected through the legal process and the practice of law. Also on Law Day, we explore how the American society works to achieve justice and builds the freedoms that every American shares.

Law Day is always accompanied by a theme. The theme for Law Day 2019 is Free Speech, Free Press, Free Society. This year we reflect on the many ways the laws established by our government protect our freedom and ensure these rights. The protection of free speech and free press work to guarantee our Constitutional freedom of “the blessings of liberty for ourselves and our posterity.”

The blurring of free speech

“Congress shall make no law respecting an establishment of religion, or prohibiting the  thereof, or abridging the freedom of speech, or of the  or the right of the people peaceably to assemble, and to petition the government for a redress of grievances.”

That passage is, for the most part, the entirety of the First Amendment of the Constitution. It is straightforward and, at the same time, comprehensive. It’s also commonly misunderstood.

Most people understand that there are cases where someone’s words could put others in danger, the often used “you cannot yell ‘fire’ in a crowded theater,” comes to mind. In the age of the internet, we are presented with new challenges.

What happens when your Facebook account is temporarily disabled because of something you posted. You’ve been put in “Facebook Jail,” but is this a violation of free speech or free press?

The short answer is, no. It’s not a violation. The First Amendment protects you from the government censoring or punishing you because of your speech. The First Amendment does not protect you from censorship by private organizations. So when you do find your social media account in Facebook Jail because of something you posted that you believed fell under free speech, there’s not a lot you can do but wait for your account to be freed up again.

But what about a case where the online world and the real world intersect. Does the First Amendment’s protection of free speech cover you if you are fired from your job because of something you posted online? This is a complex question that could have a variety of answers. Put simply, if you work for a private company, it is unlikely that you will be protected. Now, this does not mean that a private company can do whatever they want. Depending on the situation and what was said online, the firing could violate laws prohibiting discrimination laws or privacy laws. Things get increasingly complicated if you work for a government organization.

Another hot topic since the rise of social media is on line reviews.  Many businesses become victims of false reviews from competitors or people who just like leaving bad reviews without even being customers. Social media platforms are struggling with how to balance the free speech rights of users to make comments and businesses which are attempting to protect their reputations.  More case law will be developed in this area over the coming years.  On-line bullying on a personal level will also be discussed by the Courts as it is a growing concern especially with educators and parents.

The blurring of the freedom of the press

Some might argue that the press has less freedom today than at any time in history. Being a journalist, whether for a media outlet or on the internet, has become a dangerous profession. According to the Committee to Protect Journalists, between 2002 and 2012, five hundred and six journalists were killed globally. Now, this certainly goes beyond the freedom of the press protected by the US First Amendment, but it does highlight a form of censorship, namely fear of reporting, that evades the traditional protection of liberties that our Constitution provides.

Additionally, we hear more and more about “fake news” and its introduction into the American and global conversation. The term “fake news”, which gained popularity in 2017, is the creation of misleading information, hoaxes, or other untrue news stories that are specifically written to deceive the reader into believing they are true.

Fake news exists at all levels of journalism and has barrier to entry. Anyone with an internet connection can create a false story and spread it around social channels hoping it will catch a viral wave and spread to thousands of users.

At the highest levels of the press, fake news takes the shape of inaccuracies in reporting, intentional or not. These untruths can be subtle in their presentation but can have a dramatic impact on the perception of the news-consuming public. Sometimes, fake news is so convincing that national networks will pick up a story and report it as true.

Fake news can easily spread due to the availability and speed of communication and social channels.

The introduction of fake news into the contemporary dialog blurs the effectiveness of the protection of the free press. At a deeper level, it causes the news-consuming public to be less trustworthy of any media outlet.

Reflecting on Law Day 2019, are we still a free society?

As we participate in Law Day 2019 and spend time considering how the protection of  and a free press has changed so dramatically since their origin, we have to wonder if society is a free as it once was which is ironic with all of the available ways to spread information.  The short answer is yes because of the protections granted to us by the Constitution and the First Amendment.

However, we live in a time of hyper-change. Day to day information is transmitted faster and with higher levels of convenience. It is natural that the protection of our liberties will need to evolve with these changes. It is up to everyone to help make sure that happens through public service and facilitating awareness. We can all play a part.

While you might not be planning a “Law Day Party,” everyone at the Orlando Law Group hopes that you’ll join us in considering how important the rule of law is in maintaining our freedom. Happy Law Day 2019!

The Orlando Law Group’s focus on offering full-service law practice areas shown massive support with the opening of a new law office and a dedicated team of attorneys. The opening represents the Orlando law firm’s fourth office in Central Florida.

To celebrate the opening of this new, strategically important office, OLG is holding a ‘Grand Opening Ribbon Cutting’ event on April 4th, 2019, from 5 to 7 PM. The ribbon cutting will take place at 5:30 PM.

“We are delighted to announce the opening of our new Winter Garden office,” said Jennifer Englert, Founding Partner of The Orlando Law Group. ”This new office is located in an area where we see more and more need for our practice areas. The location will give us space to accommodate our growing staff of attorneys and professionals, and our enhances ability to deliver services into this community. This new office will fuel the continued growth of our firm”, Englert added.

The OLG has a history of community involvement, and as Englert points out, the entire staff looks forward to continuing commitment.

“We are excited to become a part of the Winter Garden community,” Englert said, regarding the law firm’s dedication to serving the community in which they work. The professionals from the OLG are frequently found donating their time and money to local causes. Englert cited, “we look forward to carrying on that tradition.”

The official address for the new Winter Garden law office is: