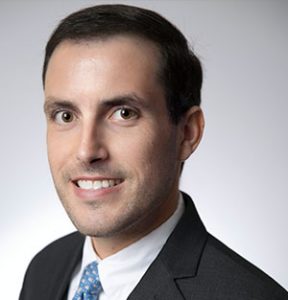 One of the most frustrating and frightening experiences you can go through is getting chronically sick with symptoms that linger indefinitely and having no idea what’s causing your illness. Everyone gets sick now and then, but we’re accustomed to a cycle where the symptoms start gradually, peak after a day or two, then slowly get better until you’re fully recovered. Imagine, however, coming down with a cough, tightness in the chest, fever, aching muscles, fatigue and chills and they just never get better.

One possible explanation for this could be Building Related Illness (BRI), a condition where the patient suffers from an infection or allergic reaction and the source of the contaminant is known to be the patient’s home, workplace or other building. Typically, the cause of BRI is the presence of bacteria, mold, fungus or viruses in the air supply inside the building. Usually, symptoms related to BRI persist in the patient, even when they are not physically in the building.

In a BRI case, the source of the illness must have been identified as a building or structure the patient spends time in regularly. This is in contrast to another condition, commonly known as “Sick Building Syndrome,” or SBS, during which some of the same cold- and flu-like symptoms as BRI are present, but the cause is unknown. Also, symptoms of SBS tend to get better once the patient leaves the building and return when he or she returns.

The Legionnaire’s disease outbreak of 1976

The best-known example of BRI is Legionnaires’ disease, which became well known more than 40 years ago after the first documented, and highly publicized, outbreak. In July 1976, the American Legion held its annual three-day convention in Philadelphia, attended by more than 2,000 Legionnaire’s from across the country. Shortly after the convention, several of the attendees became ill and died of what was thought to be heart attacks. Within a few weeks, however, 221 attendees had been impacted, 34 of whom had died.

Coincidentally, three of the initial victims had the same doctor, who was aware that all three had been at the convention, so he contacted the Pennsylvania Department of Health. This led to an investigation by the U.S. Centers for Disease Control and Prevention, which discovered that the most likely source of the disease was a strain of bacteria, which would be named “Legionella,” that was breeding in the air conditioning system at the hotel where the convention was held, allowing it to spread throughout the building.

While most cases of BRI are not potentially deadly like Legionnaires disease, to say that it should be taken seriously is clearly an understatement. For many sufferers of BRI, coping with the persistent physical symptoms and the emotional toll it causes can completely disrupt the quality of their lives. It can also mean exorbitant medical costs and missed time at work, creating a financial burden that lasts for years.

Where you could be exposed to BRI conditions

A common misconception is that Building-Related Illness plagues only older buildings, such as the hotel where the Legionnaires disease outbreak in 1976 occurred, which was built in 1904. According to the U.S. Environmental Protection Agency, however, up to one of every four new or renovated structures can be classified as “sick,” meaning conditions that cause BRI are present.

Still, if you’re the proud owner of a recently built new home, this can be an unsettling prospect that’s difficult to accept. Imagine being a new homeowner who has just spent months working with a contractor to design and build their dream home, then you move in and start experiencing coughing, headaches, nausea and other aches and pains. Typically, your home is a place where you’re supposed to feel safe and protected, so it isn’t the first place you’d think to look for answers about why you’re sick.

However, even in new and renovated homes, mistakes are sometimes made. Some mistakes are obvious and easy to fix, like a piece of crown molding that isn’t perfectly aligned or light fixture that doesn’t work. The mistakes we’re talking about, though, are hidden inside walls and in attics. Some areas that can be the source of BRI symptoms include:

Unfortunately, when the source of a BRI case is a brand new home, it can often take months, if not years, for the true source of the health problems to be identified. Ironically, this is not because it’s difficult to find mold and bacteria in a new home. In fact, a fairly simple, straightforward investigation by a trained professional can easily find mold, bacteria, VOCs and other contaminants. The reason it goes unidentified for so long is that a new home is the last place people think of as the possible cause. They have an expectation that their contractor will provide quality service, workmanship, and materials and that they will follow all the applicable building codes. Plus, most homeowners feel that their home is part of their identity, a reflection of who they are. And with new homeowners, you can add excitement to the emotions they feel about their new home.

In that context, it’s difficult for most people to accept that the home they are so proud of and that they love so much is causing them serious harm.

While recently constructed homes are a clear area of concern for BRI, renters are also at risk. And for renters, it doesn’t matter if the structure is old or new because a rental contract is a business transaction, wherein the property owner is providing a home, condo or apartment in exchange for money. If that property causes harm to the occupant in the form of a BRI, the renter may be entitled to legal protections, assuming the problem amounts to a breach of the rental contract. Also, renters in an apartment complex may be even more at risk because the activities of adjacent neighbors, including those above and below them, could create air quality issues in their unit if a neighbor has pets, causes water leaks, leaves food out that attracts pests, or is a heavy smoker.

Finally, your workplace is another area that can cause you to develop symptoms associated with a BRI. This is not limited to factory and mine workers who could be exposed to harmful airborne dust. Even if you work in a corporate office, all the potential contributors found in homes can be present. In fact, VOCs may be even more prevalent in a work environment because of some office supplies like printer toner. If you find that multiple employees seem to be developing the same persistent symptoms, that could indicate a BRI problem

What to look for

The first question when you are suffering from symptoms that don’t seem to go away is if their onset coincided with the start of spending a lot of time in a building that you hadn’t previously spent much time in. This could be moving into a new home or apartment, or starting a new job. If you’re a college student starting a new term and your classes are all in the same building, that may point to the source of your symptoms. Observe the other people you work or go to class with and see if they have similar health issues.

If that doesn’t narrow your search down, it’s possible that a building that isn’t new to you has undergone renovations, installed a new air conditioning system or had plumbing work done recently, any of which could result in air quality problems.

The symptoms that you should watch for are similar to those typically associated with cold, flu or allergies, except that they persist longer than you would expect. They include:

These symptoms can range from chronic, nagging discomfort to severe, acute pain, depending on the severity of the symptoms’ source. The damage to your health can also range from chronic to acute. Carbon monoxide, for example, can cause severe brain damage and even death at 800 parts per million (ppm), even if the exposure is only for a few minutes. However, at exposure levels as low as 35 ppm, it might only produce flu-like symptoms after a few hours, but can cause serious injuries over a matter of months or even weeks.

What should I do if I suspect I am suffering from Building-Related Illness?

The most important thing to remember if you’re suffering from severe symptoms, especially chest pain or difficulty in breathing is to get immediate medical attention. If you’re in doubt, call 911.

If your symptoms are not severe, your next step should be to call an attorney for a consultation. Because these cases are extraordinarily complex, be sure you talk to an attorney who has experience investigating BRI cases and getting positive results. Finally, never give any statements to insurance companies or their representatives without your attorney present.

Brian Dunmire is an attorney for the Orlando Law Group in Orlando, Florida. He has successfully represented multiple clients with Building-Related Illness claims and other personal injury matters.