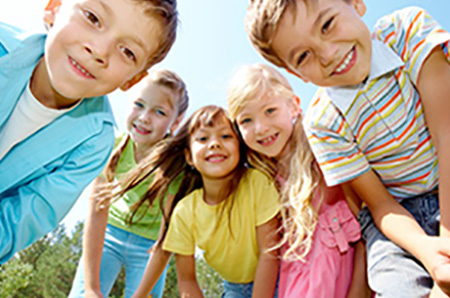 Not many parents like to talk to their children about their wealth. How much money people have is usually considered a private matter, something it’s not polite to talk about. But not talking to your children about how much they may inherit can leave them unprepared to handle even a modest amount.

This is becoming especially important because children of baby boomers are due to inherit more wealth than ever before. It has been estimated that baby boomers will inherit $12 trillion from their parents, and they will leave an additional $30 trillion to their own children over the next 30 to 40 years.

Even those who are not as wealthy may not want to let their children know how much they have. They may be concerned that all of their savings will be needed for retirement, medical expenses and end-of-life expenses. If that turns out to be the case, their kids would not receive an inheritance they may have been counting on.

But not knowing what they may inherit leaves children in the dark and can actually hinder their ability to handle money wisely. Those who inherit a substantial amount may be unprepared for what to do with that much money. Many find they suddenly feel separated from their friends, isolated, even confused about how to handle relationships; some will be wasteful and lazy. Those who inherit even a modest amount are likely to be just as irresponsible; stories of inheritances being squandered on an expensive sports car, lavish vacations and fast living are all too common.

Experts agree that it is important to talk to your children about money and wealth, at least in generalities. You don’t need to show them bank and financial statements. Instead of concentrating on money and material things, you can talk to them about your values, the opportunities money can provide and what you want to accomplish with it. Most parents want their children to think about others, and many want to encourage entrepreneurship. Some give their children a small amount of money at a young age, and teach them how to save and invest, give a certain amount to charity, and spend wisely.

But the most effective way to teach your children about your views on money and your values is to be an example and model. Let them see you using your money in ways that reinforce your values toward it. Many parents show how they value family relationships by spending their money on family vacations or buying a second home where the entire family can gather for summers and holidays. If your children see you being charitable and helping others, chances are they will become charitable, too. If they see you comparison shopping and looking for value, they will likely not be wasteful with their own money…or with yours when they inherit it.

Estate Planning When You are Single