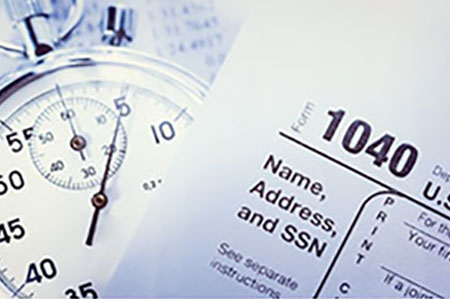 So if your divorce became official in December, you can’t file as married even if you were for most of the calendar year.  Your filing status will be either single, or you can claim “head of household”.

Sometimes couples in the middle of a divorce may qualify for filing as single or head of household. In order to do so, you must meet the following criteria:

Dependents
A child can only be claimed on one tax return – you can’t both claim the same kid as a dependent. This may present a problem if you are divorced or separated. You can claim your child as a dependent on your tax return if the divorce decree names you as the custodial parent.

If you have more than one child, you may choose to split the dependency of the kids up between the two parents, which is allowed even if both kids spend the same amount of time with each parent.

Child Support
Child support is always tax-neutral, meaning unlike alimony it doesn’t affect your taxes in any way. It is non-taxable income to the person receiving it and it is not tax-deductible by the person paying it. In some cases, you or your spouse may be paying both spousal and child support.

Itemized Deductions
For itemized deductions, such as charitable contributions, you would generally be able to claim the expenses you paid individually and half the expenses that were paid from a joint account while you were married.

Legal fees and expenses involving personal matters are normally not deductible, but you can deduct the portion of fees paid to divorce-industry professionals for tax advice or for help in getting spousal support. Additionally legal expenses related to the taxpayer’s business are usually deductible. If you own and operate a privately held business and incurred legal expenses related to that business during the divorce process, then those expenses may also be deductible.

If you divorce in the middle of a tax year, your judgment or settlement agreement should clearly define how income earned and expenses paid during the marriage are to be reported. This helps to ensure filing accuracy and avoid inconsistent returns. If for some reason the income earned and expenses paid during the marriage is not clearly detailed in the divorce agreement, you should consult with your former spouse when preparing your tax return to avoid IRS issues which will impact to both your return and that of your former spouse.

What is Lawful or Unlawful Language in Employee Handbooks?

More About Estate Planning for Blended Families
Scroll to top