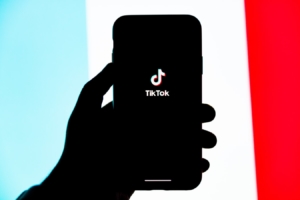 Social Media is much more than a tool. It is even more than a product. It is, simply put, a way of life. Just like mobile phones slowly became standard, everyday technology, so too have platforms such as Facebook, Instagram, and now – TikTok. The premise behind the app is simple, short video content that rewards syncing the action to music combined with a “for you” page that tailors what you find based on your interests. A slow yet steady pace of growth has allowed TikTok to rise as a platform of choice for young adults, but nothing could have prepared the app for the notoriety it is receiving now.

Trouble arose when the stream of data aggregated from the platform was put into concerning crosshairs. The company that owns TikTok, ByteDance, was called into controversy when President Trump stated that he would consider banning the app, given the fact that it could potentially make US user data accessible to the Chinese government.

Instead of immediately banning the app, the President instead, on August 8th, gave a time frame for the company to become compliant.  This executive order gave TikTok about a month and a half to successfully locate a buyer. This time-frame was later extended to 90 days, and ByteDance was ordered to delete any data obtained from U.S. TikTok users.

An Uptick in Users

For TikTok, business has been booming. With the pandemic creating a sense of isolation for many individuals, the app has surged in popularity. This being said, the U.S. isn’t alone in its trepidations. India has already banned the app, and Australia is said to be considering it as well.

The significance of this executive order cannot be understated. It marks an important, invisible currency that apps attain: your data. Apps like TikTok can attain large tracts of information from their users, such as location data and browser history. It’s a new world we live in, one where this transaction of data happens so frequently that we have become accustomed to it. How many individuals do you think truly read the terms of service?

You may be thinking to yourself, “I don’t use TikTok, so how does this apply to me?” The truth is that we all use social media to some degree. It has become a way of life, and with that comes the sharing of swaths of data that used to be harder to attain. We need to know that with this sharing comes a potential vulnerability to so much transparency. Without the full understanding of how that information is being used, it can set dangerously complex legal stages that are difficult to navigate. Although there is no proof yet that the Chinese owned company ByteDance has relinquished any personal data to the Chinese government, understanding that the potential exists is a reality we must confront.

Our prediction, as a Law Firm, is that companies will come under more scrutiny in the future. Even those that are owned domestically are not without their faults. Facebook was in the spotlight this year for its decision to abstain from fact-checking. Notice a similarity? Both cases carry the concern about the passage of information, and how that information is put to use.

We can absolutely attest to the fact that court cases take into consideration social media presence. Photo evidence, especially photographs that contain vital information such as where the photograph was taken and when, are powerful and can culminate in a decisive moment for the client’s case. The old adage, “With great power comes great responsibility,” remains true. With so many users giving their information so freely, there is a great deal of responsibility placed upon the company to be transparent with how that information is handled.

Buyers Coming to the Rescue

Still, you don’t have to delete your TikTok account just yet. The fact remains that, for the app to remain viable in the United States, the clock is ticking to find a buyer for the company. Corporations like Microsoft, Walmart, and Oracle have expressed interest in ownership, and this would be a significant solution in keeping the app usable. If that sale does not happen, the government could act by eliminating the downloading of the app from the Apple and Google store.

Many tech specialists believe this will not stop the use of TikTok, mainly because users can still install rogue apps on Android devices without accessing the Google Play Store. The precedence this sets is for the U.S. Government to have executive power over the download and use of applications, regardless of cause. It is a complex scenario, given the fact that by waiting to prove that information has been compromised, we run the risk of losing data that could have been protected.

Microsoft announced on Sunday that its bid for ByteDance has been rejected.  The announcement stated, “We would have made significant changes to ensure the service met the highest standards for security, privacy, online safety, and combating misinformation. We look forward to seeing how the service evolves in these important areas.” It would appear that, based on this language, Oracle has emerged as the potential victor and, barring negotiations that are planned to take place this week, will be forming a partnership with TikTok to ensure the application remains viable in the United States.

How this can improve data control and confidence that information is not being ascertained in a potentially destructive way remains to be discovered. Oracle is expected to make an announcement later with discussions evolving this week on the matter. The clock is ticking to finalize a deal, but TikTok may be one step closer to finding a viable avenue to sustain their presence in the United States market, a rumored 100 million monthly active users.

Need a Personal Injury Lawyer to Fight for You?

Trademarks – What You Need To Know
Scroll to top