When you go to court, you can expect that the judge that is hearing your case is impartial and will treat both sides in a fair manner. While having an unbiased judge is almost exclusively the case, there could be a time where you believe your judge is biased.

In a situation where a judge is biased or prejudice, the result could be a decision that is not fair or impartial to one party in the case.

When might a judge recuse themselves from a case?

Can you ask a judge to recuse themselves if you think your judge is biased?

The second use of the word “recuse” involves a condition where one party in a case believes the judge is biased and a motion is made to recuse the judge. For instance, if it is learned that a member of the judge’s immediate family could benefit economically from the outcome of a case, the judge might have conflicted loyalties that would make it difficult to be impartial in the case. In this scenario, an attorney could make a motion to disqualify the judge, which asks the judge to recuse himself or herself.

The Orlando Law Group recently won an appeal in a case where a motion to disqualify the judge was denied. We filed a Petition for Writ of Prohibition asking the appellate court to remove the judge after the judge declined to recuse herself. The Fifth District Court of Appeals, found the appeal well-taken, finding that “the facts alleged in Petitioner’s motion would place a reasonably prudent person in fear of not receiving a fair and impartial hearing.”

The Court of Appeals went on to grant the Petition for Writ of Prohibition stating “we grant the petition, quash the order denying Petitioner’s motion to disqualify and remand the case with directions that the underlying case reassigned to a different judge.”

Steps you should take if you think your judge is biased

No matter what, it’s important to work with an attorney who knows the strict requirements and timelines in seeking the recusal of a judge believed to be biased, and the steps necessary if the judge fails to recuse himself or herself. Your right to a fair trial is paramount and we will protect that right.

Why Waiting to File for Bankruptcy Could Cost You 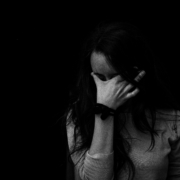 Bankruptcy Might Not Be as Difficult as You Think 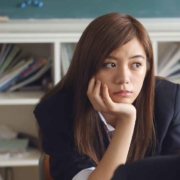 What happens to student loans in Chapter 13 bankruptcy?

What happens to student loans in Chapter 13 bankruptcy?