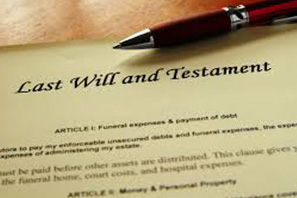 Parents want to be in dictatorial control. However, trusts must be irrevocable for estate tax and asset protection planning purposes. Many people get turned off when the word “irrevocable” is raised. We must be able to assure them that they can “have their cake and eat it too.”

Magic Formula. The goal of planning is to “own nothing and control everything.” The magic formula is “control.” “Own” looks and sounds like an English word, but it is not. It is a legally defined concept. By contrast, “control” is what it seems to be. To paraphrase U.S. Supreme Court Justice Potter Stewart, (who was describing hard core pornography), you know it (control) when you see it.

Children’s Trust. So how do parents keep control? The first element in any planning is a children’s trust. We don’t want to deal directly with the children. Children may start off as nice people, but once the parents are in their 80s, the children will be convinced that they know more than their parents. So a properly structured children’s trust will give the parents continuing control.

Two Types Of Trustees. There are two types of trustees. The first is the one whose judgment you respect. But that one will serve after the parents are gone. While the parents are alive, they want the trustee who – when the parents say “jump” – will ask “how high?” It is often the clients’ own parents. It might and can be a child; the child will be motivated to obey the parent for fear of getting disinherited.

Trustee Removal Power. The parents must maintain the right to remove the trustee and name a new one. Rev. Rul. 95-58 provides that such a power does not result in estate tax inclusion if the new trustee is not “related or subordinate” as defined in IRC §672(c).

State Law. Section 411 of the Uniform Trust Code al¬lows the settlor and all beneficiaries to petition the court to modify an irrevocable trust. Clients do not want to go to court. Nor do they want to rely on getting cooperation from their children. However, again, children may coop¬erate if they know that the alternative is disinheritance. Also, California has gone beyond the Uniform Trust Code: the settlor and all beneficiaries can modify an irrevocable trust without going to court.

Protectors. The broadest method to allow the parents to change an irrevocable trust is to name one or more protectors. Only a few states have codified provisions regard¬ing Protectors, e.g., NRS 163.5547. Protector powers are limited only by your imagination, but generally include the power to change the allocations among the children and to change the manner of distribution. We tell clients to not tell someone named as a Protector until they need that person to act. Then they should float a trial balloon: “What would you think if I wanted to allocate 70% of the children’s trust to my daughter Sally, and only 30% to my son Jimmy?” Depending upon the response, the parents will know whether to inform the respondent of his or her capacity as a Protector (or to move on to the next named Protector).

Single Member LLCs. Clients love the idea that they can continue to make 100% of the investment decisions. The single member LLC – with the irrevocable trust as the member and the parents as the non-member managers – is a terrific structure to provide both flexibility and control. Also, this makes it easier for the trustee, who may not want to be involved in picking stocks and bonds.

Miscellaneous. There are many structures that can help the parents keep control, both while they are alive, and even after they are dead. Be prepared to discuss (i) private trust companies; (ii) grantor trust flip switches; (iii) powers of appointment; (iv) decanting powers; (v) trustee’s powers to terminate the trust and change it due to changes in the
law; (vi) distribution advisors; (vii) selling assets from one trust to another; (viii) T-CLATs; (ix) charitable foundations; and (x) extended distribution clauses.

Conclusion. As estate planners we must make our clients comfortable. There are many ways to do so and you should keep all of these tools at your fingertips.

Businesses That Benefit From the LLC Structure
Scroll to top