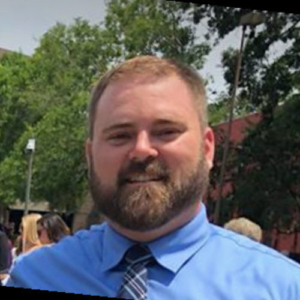 When purchasing a piece of property, it is important to consider a variety of factors, including the animals, like the gopher tortoise, that inhabit the landscape. If any endangered or threatened species reside on that property, be prepared for a long and potentially expensive process. This includes the gopher tortoise, who are commonly known for digging burrows in their home range in Florida, Georgia, and other southern states.

What is a gopher tortoise?

The gopher tortoise is a large terrestrial reptile that has front legs perfectly suited for burrowing. The rear feet of the gopher tortoise are often referred to as “elephantine” because of their size and shape.

The front legs are protected from sharp rocks while burrowing by a layer of scales. the scales are usually dark brown, gray, or black in color. They also have a yellow lower shell. You can easily distinguish a male or female gopher tortoise. Male gopher tortoises having concave lower shells, while females’ lower shells are more are flat in appearance.

Gopher tortoises occupy various habitats throughout Florida. They use their front legs to dig burrows many feet deep for shelter and forage on low-growing plants. You may have seen them in a patch of woods or walking down the road.

Gopher tortoises share their burrows with more than 350 other species. They are referred to as a keystone species because of the Florida natural ecosystem’s reliance on the burrows.

In Florida, the gopher tortoise is listed as a Threatened Wildlife Species by the states fish and wildlife conservation commission. Both the tortoise and its burrow are protected by state law. Gopher tortoises must be relocated before any land clearing or development takes place within twenty-five feet of either a gopher tortoise or a gopher tortoise burrow. Property owners must obtain permits from the Florida Fish and Wildlife Commission (FWC) before capturing and relocating tortoises.

Developers, builders or landowners who develop within the protected area of a gopher tortoise or its burrow commit a crime under Florida law. It is a level four violation, as defined in §379.401(4)(b) is a felony of the third degree which if convicted could result in (1) a term of imprisonment not exceeding five years, (Florida Statute § 775.082) and/or (2) a fine of $5,000 (Florida Statute § 775.083).

Most activities associated with residential lawn and landscape maintenance do not require a permit provided the activities must not collapse gopher tortoise burrows, cause habitat loss, or harm gopher tortoises. Prescribed burning requirements vary from county to county and should be explored before burning near a gopher tortoise habitat.

Even if the collapse of the burrow’s sandy soils is accidental, the landowner could be held criminally or civilly liable for disrupting the tortoises. This is more likely if the person knew that their actions could harm the tortoises.  It’s advisable to check with the fish and wildlife service professionals if you have any concerns.

Getting help developing land with gopher tortoises in Florida

P.A.W.S. (Peoples Alliance for Wildlife Survival) is a non-profit organization that helps landowners with the development of land containing Gopher Tortoise burrows. The organization’s primary concern is for the welfare of the animal during the stressful relocation process. According to its website, the organization can provide four options to help homeowners:

Option 1: Develop the property while staying at least twenty-five feet away from the Gopher Tortoises. This is advertised as the least expensive and most favorable open for both the landowner and the tortoise. The organization will help study mark the areas to avoid developing, and they suggest placing signs up that notify the public of the existence of the tortoises.

The cost for this service is around $100.00 through this non-profit organization. Using a private company could potentially cost hundreds or thousands of dollars. Many Florida builders have employees certified in detecting and protecting the Gopher Tortoise as they could be held criminally liable for disturbing them as well.

Option 2: Onsite Relocation. In some cases, you potentially have the option to relocate the tortoise to a different part of the subject property.  “This process generally involves trapping or excavating the burrow, and once empty, completely collapsing it.

The tortoises are moved to the predetermined location elsewhere on the property. They are enclosed in a temporary pen and supported while starter burrows are created and they are eventually released.” P.A.W.S., https://www.pawsfloridachapter.com/Tortoiserelocationinfo.html. The cost for this service is $250-350.00 through this non-profit.

Option 3: Offsite Relocation. Offsite relocation is considered to be a more time consuming and costly alternative to the previously listed options. This route requires the highest levels of permits and oversight by government agencies such as the FWC. P.A.W.S. typically charges between $400.00 and $600.00 to oversee this service, which is compared to Private companies which can run up to $6,500.00 for comparable services.

A gopher tortoise problem can be easily avoided, but it can be a very costly and time-consuming problem if it is missed during the inspection period. Should you or your client have any issues relating to gopher tortoises, it is highly recommended that you address the problem as soon as possible.

Any attempt to relocate or otherwise remove the tortoises on your own could result in very significant fines and/or criminal penalties against you.  Other types of wildlife have similar protections in Florida through an endangered species act and have their own experts to help landowners with mitigation.

Protected species include Bald Eagles, which are the most well-known. It’s also worth knowing about gopher frogs and burrowing owls. If you are in doubt if a species is protected, it is advised to ask a professional before you begin your project.

The PACE Program – Are Solar Panels Worth The Trouble in Florida?