An unfortunate condition in our society is that bullying happens. It happens every day, and the target of the bully are often people who would have never guessed they’d be bullied. The bullies are everywhere; they are children and adults, men, and women. It’s a pervasive aspect of the world in which we live.

Bullying takes many forms, the types of bullying range from physical bullying to mental abuse to online bullying. Often it’s challenging to pinpoint bullying behavior. Sometimes it is visible, and other times it’s much more subtle.

Bullying happens in many places, including school, church, sport teams, on the internet, the workplace, and in public. Generally, wherever people gather, there’s an opportunity for someone to be bullied.

But what are the effects of bullying? Can it be stopped? What rights does someone who is being bullied have? And, can a lawyer help if you or your child is being bullied?

There are quite a few definitions of the term. Still, the generally accepted meaning of bullying was created in 2014 by the Department of Health, Center for Disease Control and Department of Education. This definition is federally uniform and was drafted for research and surveillance. In the description, it is cited that bullying includes unwanted aggressive behavior, observed or perceived imbalance of power, and repetition of the behavior or high likelihood of recurrence.

In our common and current language, the definition describes two “modes” of bullying, direct and indirect bullying.

Direct implies that the acts of a bully occur in the presence of a targeted individual. This could be physical and in-person or directly targeted through online channels.

Indirect suggests that the bully is not directly communicating with the targeted individual. A clear example of this is when a bully spreads rumors about a targeted person or child.

Along with the two modes in the definition, there are also four types of bullying, these are categorized as verbal, physical, relational (when an effort is made to cause harm to the relationships or reputation of an individual), and damage to property.

An addition method of aggressive intimidation is called cyberbullying; this occurs when the bully attempts to cause physical, mental, or emotional harm to someone through the use of electronic methods. These attempts of aggression are usually either verbal, threatening through instant messenger, for example, or relational, like spreading rumors through social media. Cyberbullying can also cause damage to property if the outcome of the bullying modifies, deletes, or destroys a targeted individual’s private data that is stored in some electronic method. For example, if someone were to gain access to online image storage and deface or delete the target’s pictures, this would be considered damage to property.

With so many variations and interpretations of the definition, it’s easy to see why many people might be unsure of what is happening to them, or their child is considered bullying. The only sure way to find out would be to speak to someone knowledgeable in the legal implications of the threatening or intimidating acts.

Who is at risk of being bullied?

While people of all ages are bullied, we often hear about children who are bullied in school, sports, church, online, or in some social environment.

When it comes to children and their risk of being bullied, there are some characteristics that we find to be common. Now, as you read this, understand that just because a child might possess one or more of these characteristics, it does not mean that they will be bullied or that they have been bullied. It merely means that there is an increased likelihood that they could be the target of a bully.

Further, many of these characteristics can apply to adults who are maliciously targeted by a bully.

When cases of reported bullying are examined, some of the traits associated with the targets of bullies are:

While these guidelines suggest who is likely to be a target of a bully, it’s worth noting that there are cases where the subject to aggressive behavior has none of the above characteristics. They might be a popular kid in school who has a lot of friends and high self-esteem, and they are still the target of a bully.

Ultimately, we need guidelines to study a topic, and bullying is no different. But like many different areas of study, so much exists in the gray area that we need to be conscious and aware of the signs of bullying. We might encounter a targeted child who no one thought would be bullied. It’s essential to recognize all victims of bullying.

Now, there are two sides to the concept of bullying. We’ve covered those who are at risk of being bullied. To get a complete picture, we need to consider the risk factors that contribute to someone becoming a bully? Just who among us is more likely to bully others?

Who is at risk of becoming a bully?

Under no circumstances is it right or justified to be a bully. It is crucial, though, for those of us who work hard to stop the bullying to understand what traits are more likely to contribute to someone becoming a bully. By knowing, we have a decided advantage when we work to prevent bullying.

We will also mention here that while we are talking about children who could be bullies, these characteristics could also apply to adults.

We can generally classify children into two distinct groups when we examine the likelihood of them becoming a bully.

The first group is those who are isolated from their peers. Like the bullied, these children are anxious, depressed, have low self-esteem, are less involved in school and social activities, are subject to peer pressure, and cannot quickly identify or empathize with the feelings and emotions of others.

The second group of children is nearly the opposite. They are fashionable and have a large group of friends. They seem to span multiple groups of peers from the more athletic to the academic to the more socially connected. These children are increasingly concerned about their social stance or popularity and like it when they are in control of others, even those in their peer groups.

Some of the factors that indicate a child is more likely to be a bully include:

It truly is worth repeating that just because a child displays one or more of these behaviors does not mean that they are a bully. No one would ever want to classify a child as a bully when they are, in fact, not one.

What are the effects of bullying?

Sadly, the effects of bullying extend well beyond the individual who is targeted with aggressive behavior. Bullying affects three groups of children and adults. It affects the bullied or the target individual, it affects the bully themselves, and it affects the bystanders, including family, friends, and acquaintances who might have witnessed the abusive acts.

The child being bullied has an increased risk of depression, anxiety, anti-social behavior, and loneliness. They are more likely to lose interest in activities outside of the home and might isolate themselves from their family and friends. In some cases, thoughts or indicators of suicide might exist.

Children being bullied might also experience physical health problems as a result of the stress of the bullying. Further, they may suffer from decreased academic performance.

The child who is bullying also suffers. These children are more likely to abuse alcohol and drugs, engage in promiscuous sexual activity, drop out of school, get in trouble with the law, and isolate themselves from their peers.

Moreover, the bully will often carry their behaviors into adulthood and become bullies in the workplace and at home. They are more likely to engage in abusive relationships with a significant other and their children.

The family, friends, and bystanders who witness the direct or indirect acts or see the after-effects are impacted as well. Children who witness bullying might experience feelings of guilt or regret if they did nothing to stop the aggressive actions. These children are more likely to miss school because they are looking to avoid being bullied or witnessing the bully’s acts again.

How can I stop a bully?

To stop the behavior of bullying, everyone involved needs to take an active role. This includes parents or custodial adults, teachers, school administrators, executives in the workplace, bystanders, and the bullied.

As is the case with so many issues, education and awareness are critical components of preventing and stopping bullying. Everyone involved should be aware of the indicators that someone is at risk of being targeted by a bully or at risk of becoming a bully. Through education, early intervention can happen, and many instances of bullying can be prevented.

Another tactic that can be very effective in preventing bullying is opening the lines of communication between parents, guardians, teachers, school administrators, and children. When people feel comfortable talking about a complicated topic, it eases the difficulty when it is most important to do so. By creating clear channels of accessible communication, instances of bullying that might typically go unreported can be handled quickly and effectively.

Despite these effective tactics, there may still be times when these methods do not stop bullying. It’s during these times that involving a legal professional who focuses on bullying should be a consideration.

Can a lawyer help if your child is being bullied?

Wondering if you can sue a private school for bullying? Give our article a read through, and if you have specific questions you need answered, book a consultation with one of our Personal Injury Lawyers.

When traditional tactics of reporting bullying and communications with school administration and teachers are ineffective in stopping a bully, speaking with an attorney who focuses on bullying is, undoubtedly, an option.

Attorneys who focus on cases that involve bullying are trained to help the bullied children and their families pursue legal action against the schools, churches, organizations, or other parents who are not making attempts to prevent the aggressive acts from happening.

If you believe your child’s school, church, or organization is not actively working to prevent another child from bullying; please contact us to learn what legal options you have.

Can You Sue a Private School for Bullying? 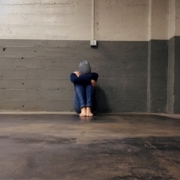 Bullying – Stand Up For Your Rights

What is Wholesaling Real Estate?

Can You Sue a Private School for Bullying?
Scroll to top