Many Community Associations adopt rules and restrictions to limit pets within a community. When purchasing a home, this can be especially appealing to those who suffer from allergies, those that have animal phobias, or those who just simply dislike animals in general because of the noise they make or the mess they sometimes leave behind.

However, it has been well established that service animals, “trained to do the work or perform a task for an individual with a disability, whether physical, sensory, intellectual, or other,” cannot be kept out of a community based on a Community Association’s “pet restriction policy.” This is because the Fair Housing Act, which was adopted in 1968, was modified in 1988 to include persons with disabilities as a protected class. In summation, the Act states that no person can discriminate against another with a disability when renting, buying, or selling a house. Since the service animal is an accommodation for the disability, not allowing the animal would be considered discrimination. Also, since the Fair Housing Act is a federal law, this law supersedes any rules and regulations or any restriction within the declaration of the Association.

THE DIFFERENCE BETWEEN A SERVICE ANIMAL AND AN EMOTIONAL SUPPORT ANIMAL

This has left most Associations asking the quintessential question, “what criteria do we use to validate any claim from an owner as to the need for an emotional support animal or animals in some cases?” This is a difficult question to answer and has become a much-abused provision of the law in recent times.

THE AMERICANS WITH DISABILITIES ACT

But we are not without any legal support. The law does provide Associations with some guidance.  The Americans with Disabilities Act limits support animals to dogs and miniature horses. The law also imposes penalties for false claims, although we do warn Associations that it is very difficult to prove such a claim. Associations can also require supporting documentation from an authorized physician or therapist stating the need for the animal. The law protects an individual’s right to privacy as to their specific disability but does not prevent an Association’s right to request proof of the need for an emotional support animal or the need for multiple animals if the case presents itself. The Association can also adopt reasonable rules that the owners must follow so that these animals do not interfere with the peaceable enjoyment of the community by the rest of the residents. For example, one such rule could include that all emotional support animals must always be on a leash when outside an owner’s residence or fenced in yard. Another rule could be that all owners are responsible for picking up after their animals and properly discarding all animal waste.

There is no denying that animals definitely provide therapeutic healing for those who need it. However, more often than not, we have seen many owners try to get their pets into communities that have “no pet” polices under the guise of them not being a pets but rather emotional support animal with a certificates printed off the internet. This has, in turn, created a very negative connotation and atmosphere surrounding emotional support animals.

As a community, we cannot let the selfish acts of some affect the true medial needs of others. So, Associations can arm themselves by knowing the laws regarding emotional support animals, require owners to provide proper documentation and implementing reasonable rules and regulations for emotional support animals within your community. This will allow those who truly need the support of a fury friend to receive the aid they need and hopefully deter others from violating the laws and instead choose to live in a pet friendly community instead. 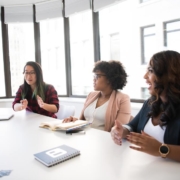 Amending HOA Documents And The Unlicensed Practice Of Law

The Tidal Wave of Evictions Begins to Break
Scroll to top